To celebrate Maji Safi Group’s five-year anniversary, we will be featuring several guest bloggers from the Maji Safi Group (MSG) community this year. Our first guest is Craig Hafner whose successful global WASH career has spanned over five decades. Craig has always been a huge advocate for the “software” side of the WASH sector, believing that the most lasting and meaningful changes occur when behavioral change is given priority. MSG has been blessed to have Craig’s mentorship during our first five years, and we look forward to continuing to work with him. We hope you enjoy reading about Craig’s vast experience and knowledge. My WASH career started in 1978 when I was hired as the first WASH-sector specialist for the Peace Corps. Throughout my career, infrastructure has always been the first thing people wanted to fund and the easiest. However, there are huge issues with the sustainability of projects, and they have not had any real impact. For real impact, you need to change people’s behaviors. In the 1980s, the new big thing was the ultimate hand pump designed by engineering schools with a technical mentality. Additionally, a lot more money has gone into disease treatment and drugs rather than prevention, which is much cheaper in the long run. 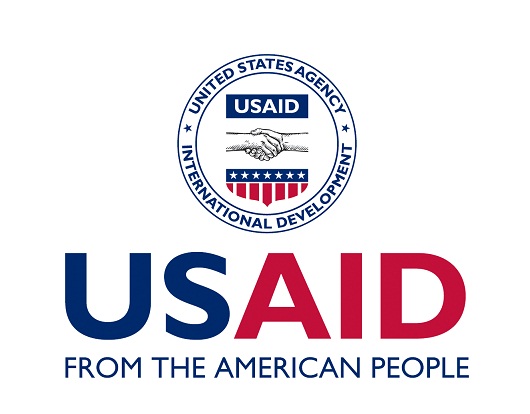 Another major barrier for the WASH sector has been the institutional arrangements and the challenges of the overlapping sectors that make this field so multi-disciplinary. If you want to create actual impact on health, you can’t just have the Ministry of Water in charge of WASH – you also need the Ministry of Health and the Ministry of Education. If you don’t have this collaboration, it falls apart. This makes it difficult because it is hard to get people to communicate across ministries; there is a strong silo effect, and each ministry has its own priorities. I am proud to have pioneered some of this collaborative work through the WASH and environmental health projects I worked on with USAID for 20 years. I believe many of our projects were exceptionally good, and we were the first multisectoral projects done by USAID in 1980s. USAID has since used this model with their major grants and continues to bring professional firms on board to perform different specialties. The first experience that got me interested in WASH was carrying water as a Peace Corps volunteer in the 1960s at the school in Tanzania where I was teaching. After a few days, I hired a young man to fetch it for me and realized what a huge problem water was. Later, while I was working in northern Kenya on a medical mission during my master’s work on the Turkana tribe, I also saw first-hand the impact of drought on people and the desperate need for clean and clear water. Working with Gilbert White at the University of Colorado was career changing, and one moment I remember vividly is when I was given the book The Structure of Scientific Revolutions, by Thomas Kuhn, 1962. It taught me about paradigms in thinking and how every so often, these paradigms shift when people look for new ways of approaching a problem. I always respected the interdisciplinary approach Gilbert White brought to WASH and his focus on behavioral sciences at CU. One instance that stuck out was when I was consulting for World Vision in the late 1980s in Ghana and visited their well-drilling rig. They had only done 2-3 days of outreach and preparation in the community after I had been advocating for 9-12 months of education (which was probably too short). Two of my proudest achievements have been helping start Friends of Tanzania 27 years ago, which has been worthwhile and successful, and representing the Peace Corps when the UN launched their Water Decade in 1980 because they were going to solve the problem by 1990. Unfortunately, that did not happen, and I have seen many examples of unmet goals like that. For example, the Carter Center was going to eliminate the guinea worm disease by 1990, then 1995, then 2000, but is still working on it because of the difficulty of changing people’s behaviors.

What first attracted me to MSG is the undertaking of attacking the lack of behavioral change in the WASH sector. I have thought for a long time that the fundamental issue around WASH is behavioral change, and I have not seen that much of that. Keeping in touch with various ideas and efforts has been intriguing, and I am excited to continue to follow MSG for two main reasons. One is to see if it is going to be successful, and two, are people going to look at the model and say that they need to adopt more behavioral change into WASH projects. This has been talked about in the sector since the early 1980s when Mary Elmendorf, a USAID consultant, was advocating for women’s role in WASH. For a long time, people have payed lip service to it. First, it was that you have to have a woman on a project committee; then, it was that a woman had to be the treasurer; and then, it was that a woman had to be leader of the committee. But it has been slow and gradual and has a long way to go as with many feminine issues in society. Having women take over more responsibilities and taking more of a leadership role is very important. I have yet to see many successful female project managers of WASH projects, but hope to see that continue to change. MSG has always put women at the center our WASH work at every level. Over 75% of our staff are women, and as you can see they mean business.

To see how difficult it is, you can just look at issues like people giving up smoking and questions of obesity around the world. Getting people to alter their behaviors is a difficult thing to do. Lots of studies in many different contexts have gone into this for many years, but no silver bullet has been found. People have habits and are influenced by peers and society. Getting people to make fundamental changes to the way they live their lives has always been difficult. I have been encouraged by Maji Safi Group’s progress since you started, and you seem to be making inroads, but while working in the WASH sector, I have not seen many success stories. Dr. Valerie Curtis, professor at The London School of Hygiene and Tropical Medicine, has done some good work over the years, but good examples and successes on behavioral changes have been hard to come by. Good projects I have seen were planned with the community up front and were engaged in the community. This is key, so the community has a sense of ownership in the project, which leads to sustainability. Having effective management of the projects is also critical to make sure you have systems that provide good checks and balances for the expenditure of funds. If an engineer has a salary of $5,000 managing the budget of a $100,000 project, there is a high chance of mismanagement, so checks and balances are essential. I remember meeting a paramount chief on a trip in Sierra Leone who wanted another water project for his community. I learned the history of the village from him, only to find out that his porch was made with the pipes that were supposed to be for a previously provided community system! Successful organizations have also had good outreach and a collaborative approach to dealing with the needs and interests of others. Learning from what other organizations are doing to solve similar problems is essential as well as being open to new ideas and approaches. There is no problem with taking the ideas of others and running with them and being flexible with how you are planning things. Staying in touch with the newest ideas and models to find best practices is important.

Finally, being willing to continue doing hard assessment on a regular basis, taking responsibility for failures, learning from your mistakes and being willing to move ahead is key. For WASH specifically, it has to be an interdisciplinary effort, and if you want to affect health outcomes, you need a collaborative approach that can’t be dominated by the engineers. Through my long-time involvement with Tanzania, I have noticed a lot of things, but in general, I think there has been a lack of community involvement and communication, which has led to a lack of ownership. I think the book Watering White Elephants, by Ole Therkildsen of the Scandinavian Institute of African Studies, 1988, is a real indictment of funding water projects that were not sustainable. One major difference I saw between WASH work in Tanzania and Malawi was that the people who were in charge of building water systems in Malawi were from the Office of Community Development, so there was much more local buy-in than there was in Tanzania.

Over the years, I have also seen the perverseness of organizations paying increasing sitting fees for workshop attendees, and this is especially prominent in Tanzania compared to other countries. I see it as a failure in development. To pay people salaries, per diem expenses and other allowances to get training is inhibiting. Dealing with the levels of corruption in Tanzania has always been a challenge, and as a country, Tanzania has often had a really low international rating.