It was 1968 when I started my period, and I was only 12. At that point in time, menstruation and sexuality were not surrounded by total silence in my rural corner of Denmark, but our mothers were not exactly chirping out information about budding teenage sexual desires and menstrual cycles. Menstrual hygiene management was focused on educational factors, however, many of that occurred beyond the household. We read books, heard about it from older sisters, girl-chatted among peers, and felt the vibes from the feminists who were burning bras, going to nudist island camps with their sisters, and championing the flower-power attitude towards sex. But without a doubt, the schools deserve most of the credit for educating us and keeping us safe from teenage pregnancies.

In Denmark, schools are not only meant to ensure academic qualifications, but they also play an important ‘civilizing role’ in that they are expected to provide the opportunity for all children to grow up as harmonious, happy, and genuine people for whom it is natural to consider other people’s welfare (Laura Gilliam and Eva Gulløv, Making children ‘social’: Civilising institutions in the Danish welfare state, Human Figuration, Feb. 2014). Source

Part of this paradigm is giving all students a profound knowledge of their bodies, respectful sexual relations, reproductive justice, STIs, contraceptives, and yes, basic information on vital menstrual hygiene management. Feeling a little bit awkward and mighty curious, we started sex education in sixth grade, and it was made very clear that teenage pregnancies reflected utmost stupidity and irresponsible behavior as we now had the knowledge to avoid them. I think my generation of teenagers – boys and girls – was the first to have the privilege of being empowered to control our own reproductive lives and understand the intricacies of desire, consent, and sexuality – the first generation of teenagers that was not told to abstain from having sex, but instead enjoy it responsibly, so our young lives, careers and dreams for the future would not be derailed by unwanted pregnancies or emotionally scarring abortions. Instead, we would be part of building a strong self, strong family, strong community, and a strong country.

DEFINITION: Teenage pregnancy or teenage childbearing is when a girl aged 15-19 is pregnant with her first child or gives birth.

Denmark’s sex education curriculum and even menstrual hygiene management are now among the most progressive in the world, so much so that the sixth week of the school year is dedicated entirely to all things sex and relationships. ‘Sex week’ — a play on the Danish homonym for ‘six’ and ‘sex’ — provides progressive and ambitious sex education to hundreds of thousands of young people. It is run by Sex & Samfund (Sex & Society), a non-profit dedicated to improving sex education in Denmark. And it works! Source.

This graph clearly shows how drastically the number of teenage births (Teenagefødsler) has decreased since 1973, and the teenage pregnancy and abortion rates are very low as well compared to most other places, including the US and many European countries. 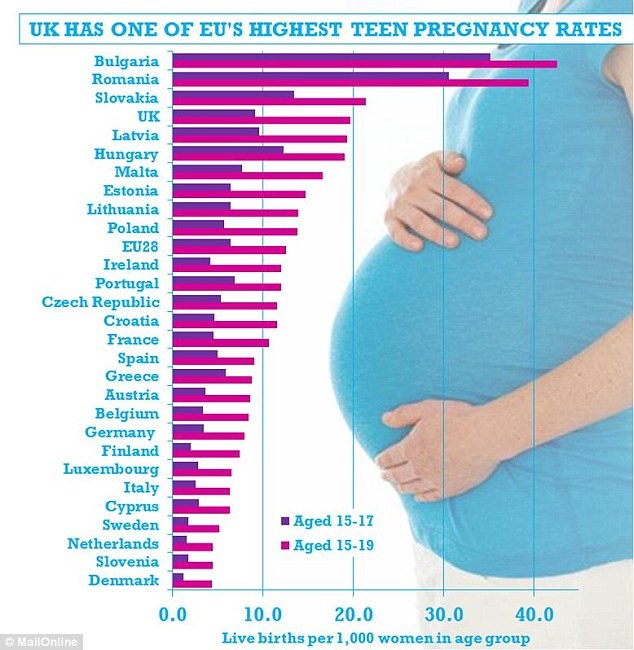 In 2017, only 474 children were born to teenage mothers in Denmark. The number of teenage pregnancies was, however, higher as some teenage girls chose abortion. In addition, the morning-after pill and pregnancy tests are available for over-the-counter purchase and very instrumental for early discovery of and prevention of pregnancy.

In the US, the birth rate has fallen dramatically over time as well. 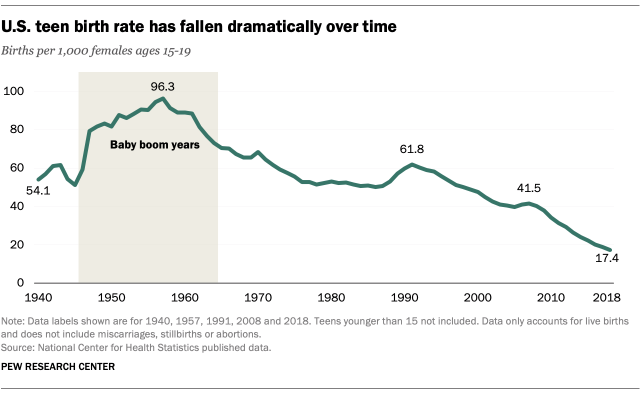 The situation is very different in Tanzania. It has the 17th highest adolescent fertility rate in Africa, and according to the United Nations Fund for Population Activities, teenage pregnancy has increased 4% since 2010. In 2016, statistics showed that one in four teenage girls aged 15-19 had begun childbearing. In the Mara Region, where Maji Safi Group works, teenage childbearing is at a whopping 37%. Source

The many drivers and consequences of teenage pregnancy seem to be hopelessly intertwined protagonists in a vicious cycle, and their relevance to Tanzania seems taken straight out of a textbook: low education attainment, poverty (often resulting in transactional sex/prostitution), limited economic opportunities, gender inequality, male-dominated social norms, child marriage, and a dire lack of youth-friendly sexual and reproductive health services. It is also a huge problem in Tanzania that teenage mothers are not allowed to reenter the school system after giving birth.

When Maji Safi Group started working in Shirati in the Mara Region of Tanzania in 2012, menstruation was a taboo subject, and the access to female hygiene products and appropriate school bathrooms was so limited that menstruation contributed greatly to school absences and girls failing to succeed in school. We have helped change that!

Thanks to funding from private donors and grants from Beyond Our Borders and Dining for Women, we have built a nationally recognized Menstrual Hygiene Management (MHM) program that has taught thousands of girls about their bodies, puberty, menstruation, healthy relationships, etc., given them access to feminine hygiene products (pads, tampons and menstrual cups), and enabled them to look to our Community Health Educators as mentors with whom they can freely discuss and celebrate being young women.

We teach both boys and girls at primary and secondary schools throughout the Rorya District. We involve the whole community by broadcasting shows about MHM on area radio stations.

We use singing, dancing, and street theatre to teach at large community events and our Dining for Female Hygiene get-togethers.
We paint community murals to educate all generations about MHM.

We refer people wishing to obtain contraceptives to the Shirati KMT Hospital in hopes that they will overcome old-fashioned cultural norms.

We are a member of the national Task Force on Menstrual Hygiene Management and attend many regional and national conferences. 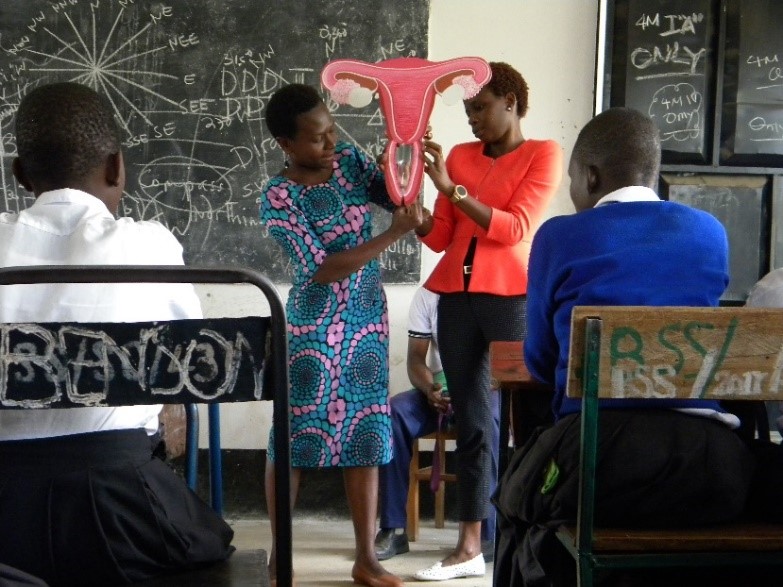 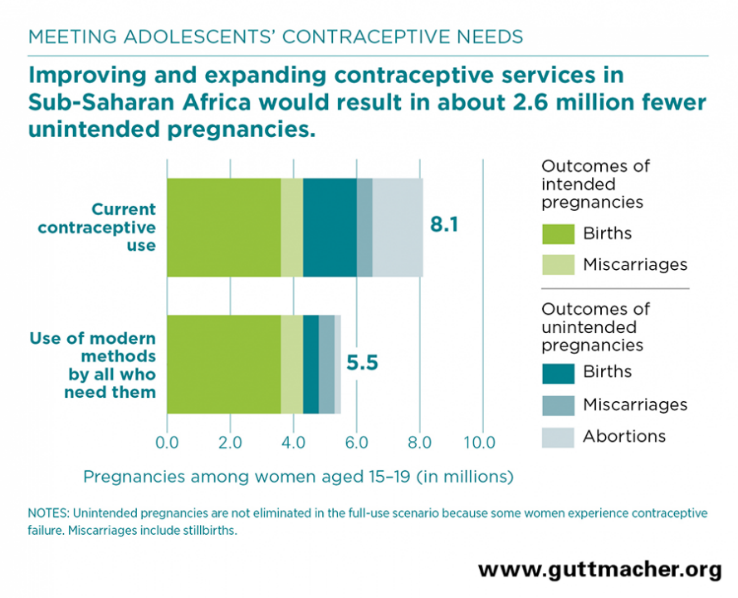 We are having a profound impact on the MHM landscape in Tanzania, but it is a marathon, and we have not crossed the finish line yet! The ultimate goal is to create systemic change, so a progressive, comprehensive sex education program becomes a permanent component in all Tanzanian schools.

Maji Safi Group will continue to work towards that goal – because all young people should have the knowledge to control their own reproductive lives and fulfill their dreams. 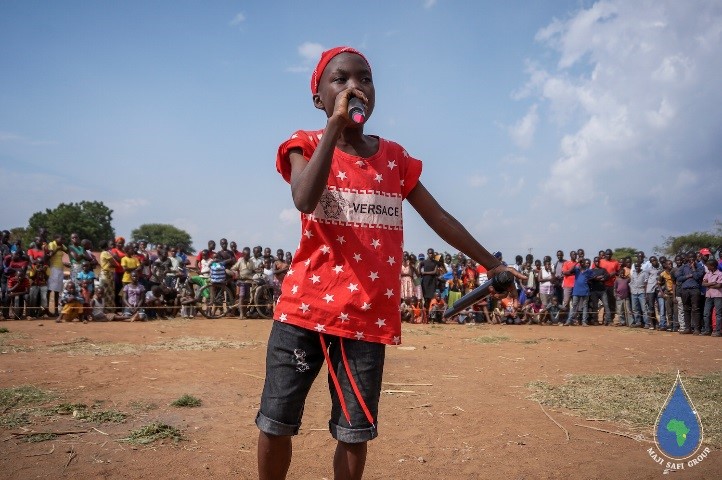 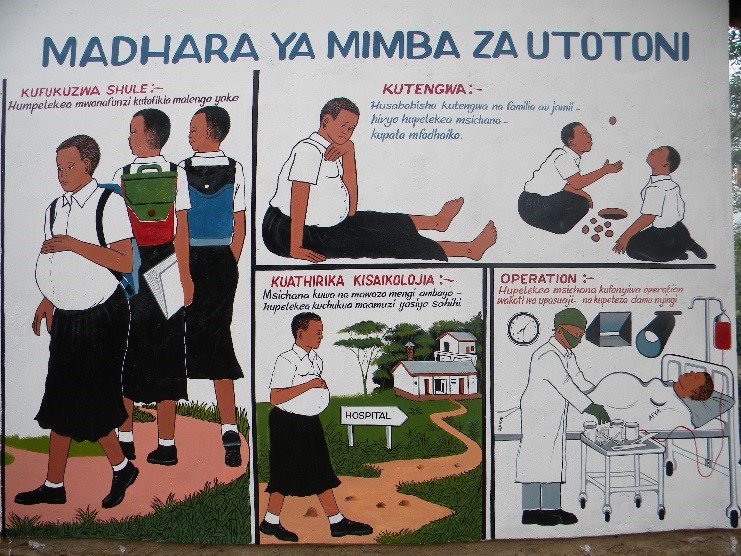