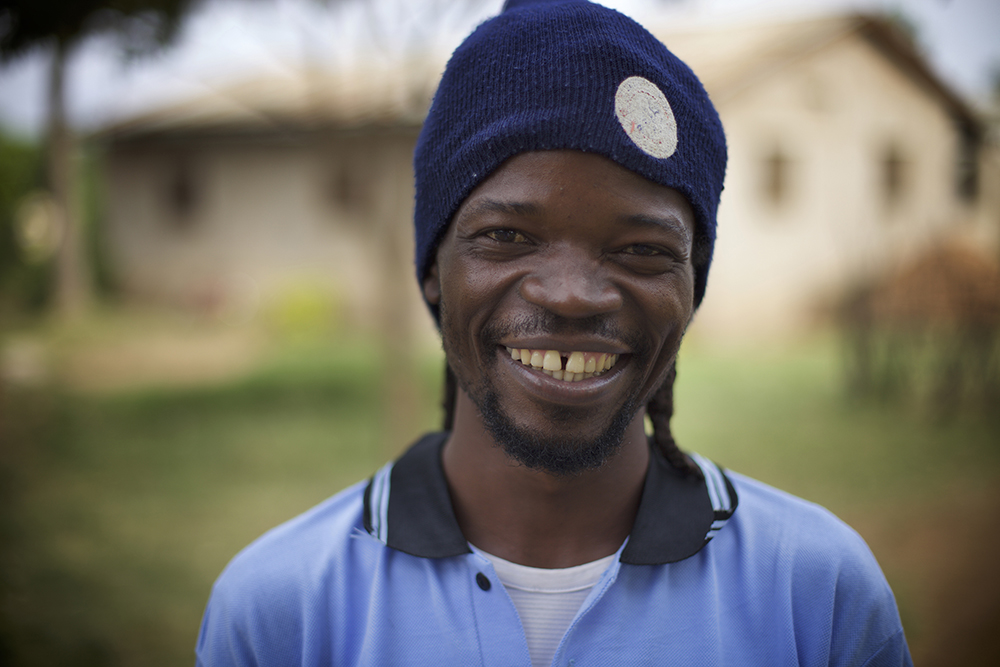 Jackie was born and raised in Tabora, Tanzania. After secondary school, Jackie continued taking drawing and painting courses at the TaSUBa Arts College in Bagamoyo, Tanzania. In 2001, he became an art teacher at the Hope in the Youth Community Center in Musoma, Tanzania. During this time, Jackie developed his own unique style, which includes sculpture, reclaimed material compositions, painting, and drawing. In 2007, Jackie went freelance and started selling his artwork in the Mara District and internationally. In 2010, he began working on a part-time basis with the ACT Mara Malaria and Sanitation Project, creating localized pictures for their CHAST curriculum. Since 2013, Jackie has worked with Maji Safi Group as a resident artist. His work has included CHAST curriculum development, creating educational board games, logo design, mural painting, and teaching art to youths in Shirati.