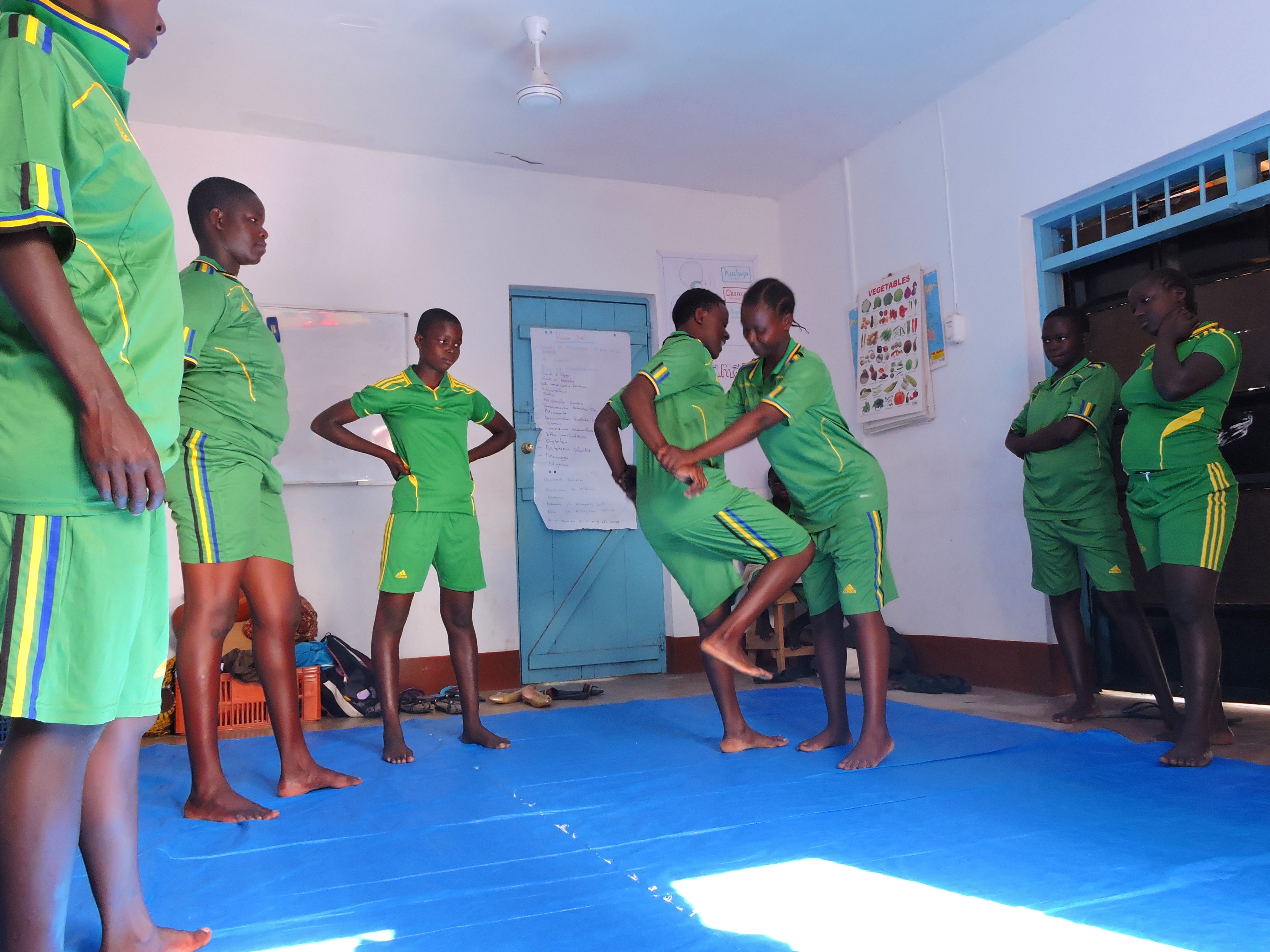 “HAPANA!” she shouts loudly and clearly, makes a lunge, raises her hands, stays in fighting position and stares straight into her counterpart’s eyes. This scene takes place in the community room of the Maji Safi Group (MSG) office in Shirati, and Modesta’s counterpart is a friend of hers and fellow participant in the self-defense class MSG now offers. They are part of a team of 10-15 young women that train twice a week. 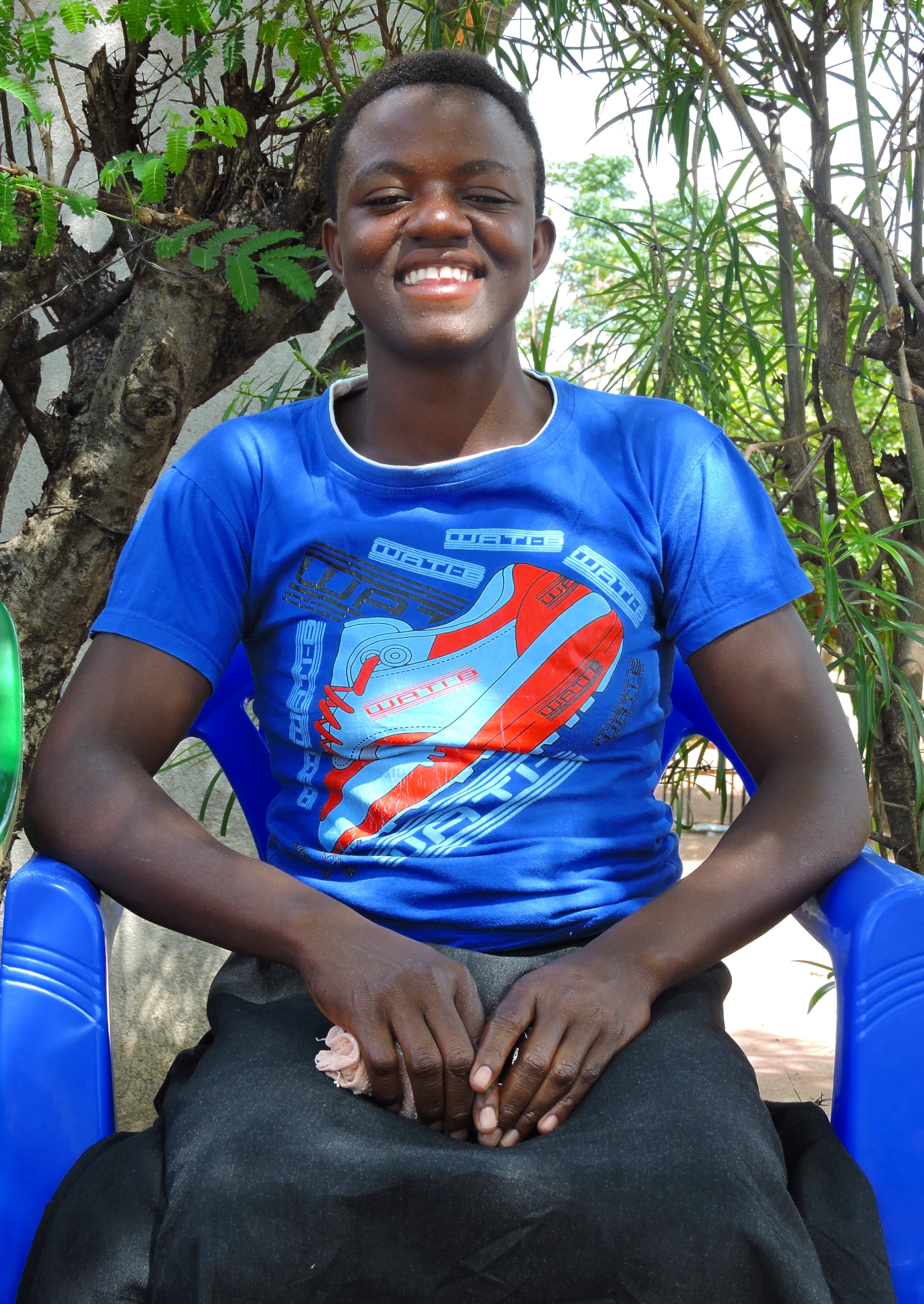 Modesta outside the training

You have to know that saying NO (hapana in Swahili) is really important. Not long ago, a woman who sold airtime for cell phones was kidnapped in broad daylight and found abandoned, dressed in only her underwear. “Our trainers have told us from the beginning of the program that the first and most important thing for us to do is to get attention from people, as they may help us if we are in danger. If I get kidnapped at any time, there will not be people who do not know about it!” Modesta explains. She is 24 years old and lives in Shirati with her husband and two children – six and one-year-old girls.

I like this training with the other women very much. Thanks to all the push-ups and sit-ups, my personal level of fitness has already increased a lot. My husband agrees that I should take part in this program. That should not be taken for granted, and I am really thankful for his support. I also have become more self-confident – and I would like to start working somewhere soon. For sure, there are negative reactions; some people think that self-defense and things like that are not for women. But I do not care what others say.” The trainings are exclusively for women, and both trainers are women from Shirati. Besides running the self-defense classes, the trainers are full-time Community Health Educators who teach the community members about disease prevention. 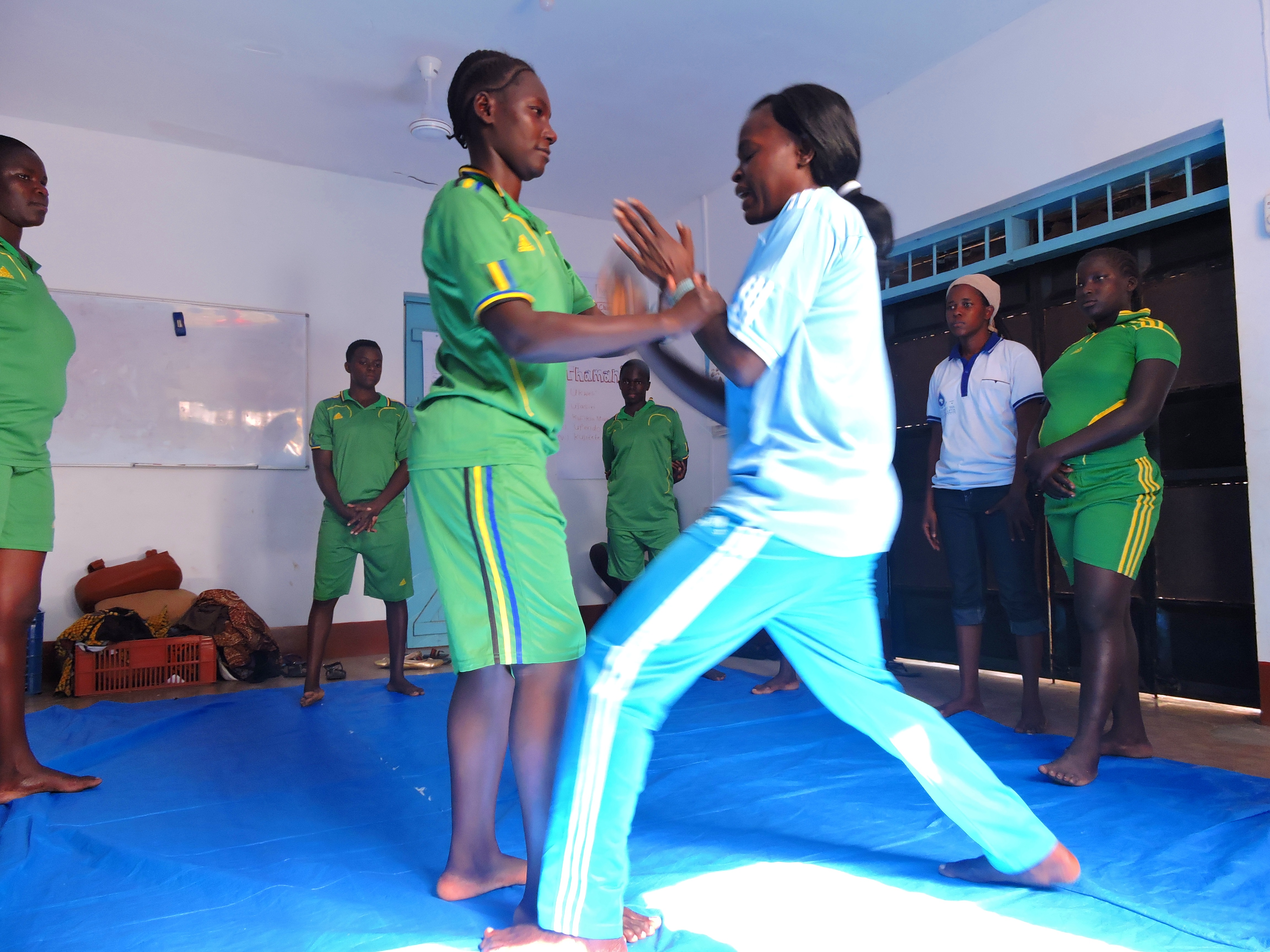 “For many generations, Tanzanian women have been taught that we are subordinate to men and that we do not have the right to raise our voices. That’s why so many women talk in a low voice – except there are some women who raise their voices at their children.” Modesta laughs with her eyes sparkling. “But I think society is about to change, young women study at universities, work and want to be equal to men. In the cities, this process of change will take place faster than in remote villages. That’s for sure. But if we learn how to generate attention, and if we know our values and defend these values, we will be able to achieve a better future for our daughters. They won’t feel uncomfortable any more walking home alone after sunset. They will say NO if male teachers want to touch them. They will defend themselves if men try to force them against their will.”

Modesta is one woman amongst many – women who will influence and change the future of their country. 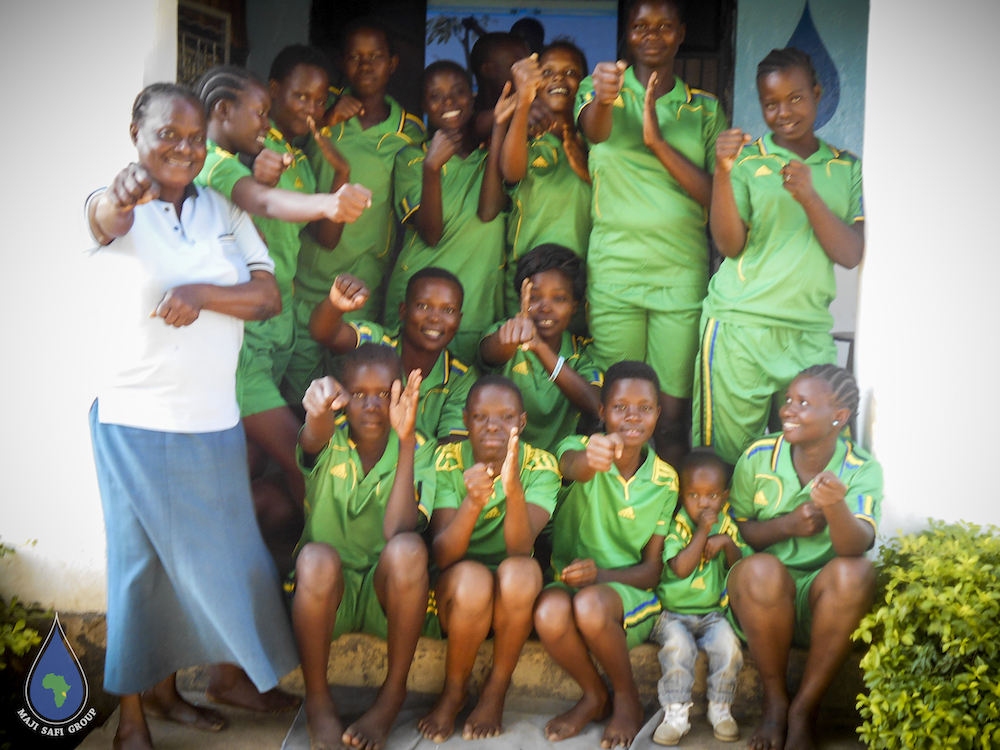 Wandering Back to Shirati